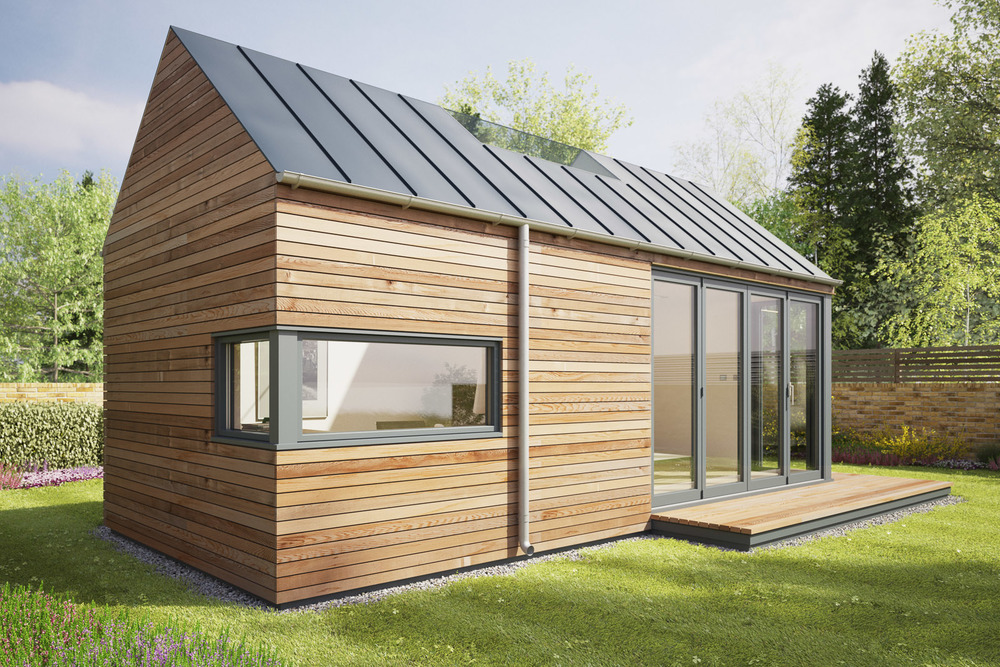 The past few months have been rough, and the world has been turned upside down. With adjustments necessary to handle the pandemic and post-pandemic living, traditional construction services had their major setbacks. Due to this circumstance, it is now necessary to re-evaluate architectural design. When faced with an ever-growing shortage of competent workers, and the prospect of an even greater shortfall in the near future, relying on the strength of the workforce for new projects creates holes and raises questions. However, it was made possible to improve the field of architecture and engineering by the use of modular construction.

Modular construction is the use of prefabricated modules that are manufactured in a factory and then transported to construction sites for assembly. The fact that the modules are not produced on-site allows for more rapid and efficient work to be accomplished with less highly skilled people than is otherwise possible. Because of the efficiency and speed of modular building, projects can be completed for a fraction of the cost of traditional construction. Prefab construction can complete a project more quickly while maintaining the same level of quality, if not better. As many industry professionals are aware, every additional day spent on a project costs money. Therefore, the advantages of modular construction are widely known: enhanced site safety, schedule predictability, less material waste, and fewer delays are just a few of the advantages.

The industry, on the other hand, has been sluggish to accept modular building systems, partly because they are misunderstood. Because people are accustomed to working in a traditional manner, there is a negative perception of modularity and a general reluctance to adapt. The product has also been criticized for its perceived inferior quality and lack of design integrity, but this is simply not the case anymore. Due to the Covid-19 pandemic, the name of modular construction Australia and modular construction, in general, has now been significantly rumbling the world of construction services.

Modular buildings are subjected to the same building codes as traditionally constructed structures. Buildings made of modules use the same materials as traditional structures, making them equally as green and environmentally beneficial as their traditional counterparts. In-factory prefabrication, on the other hand, significantly decreases material waste. The usage of heavy machinery on construction sites has been curtailed. In fact, modular structures are constructed in an indoor environment, with supervisors closely monitoring the construction process to assure quality and consistency throughout. Furthermore, modular structures are assembled in factory sites making them a better alternative for the building process.

Many people still associate modular housing with blocky, uniformed buildings, as well as with the drab and grey modular type of architecture that was popular in the mid-‘90s. The good news is that professionals in the modular business are working harder than ever to refute those stereotypes and demonstrate that high-quality architectural items can be produced through a manufacturing process. Modular buildings have the potential to be as innovative and adaptable as other types of construction. In contrast to traditional production methods such as building in construction sheds, digitally-led manufacturing is the way of the future.

Modular homes, contrary to popular assumptions, can be considered a sound investment because they are built with structural strength. In spite of the fact that modular buildings are sometimes used for temporary or relocatable purposes in some applications, modular structures that are established for long-term usage have been found to endure just as long as traditionally constructed buildings. To reduce manufacturing faults and avoid damage, strict procedures are in place in modular construction Sydney. Furthermore, in order to assure longevity and functionality, modular homes are subjected to structural, mechanical, electrical, and plumbing inspections.

Modular homes built in the mid-‘90s were notorious for their poor build quality. It’s crucial to note, though, that technology has advanced significantly since then. Building laws, as well as the industry’s understanding of materials, have progressed over time. The structures are prefabricated in a factory, allowing construction managers and engineers to closely control the process and assure constant quality and long-term durability throughout the construction phase. One method of overcoming this widespread misunderstanding is to show consumers the actual product standing strong despite adverse environmental conditions.

Too New for the Construction World

Don’t be deceived by these urban legends. Modular building systems have been utilized, developed, and improved for decades across a wide range of industries. It has made use of the most up-to-date manufacturing technology, which has allowed for greater design freedom. As a result, structures of good quality and reasonable cost are constructed much more quickly than traditional construction methods.

The Role of Modular Construction During the Pandemic

During the pandemic and the immediate post-pandemic period, the modular building played a significant role in resolving issues. Not only do modular construction projects demand fewer experienced workers, but they also require fewer workers in general, allowing projects that would otherwise fail to comply with safety rules to proceed. When it comes to healthcare facilities, it is extremely crucial to growing without interfering with health-related operations, which was clearly accomplished with the use of modular construction. The ability to manufacture modules off-site and then transport them is advantageous for all parties because on-site development frequently interferes with day-to-day hospital operations.

For those working on healthcare facilities or affordable housing projects, the hastened construction time is especially beneficial because it allows for the construction of new buildings in a short amount of time and at a reasonable cost. Accordingly, it is obvious that an increasing number of decision-makers are becoming aware of the fact that modular housing is an extremely realistic choice for post-pandemic rehabilitation. In order to provide better and more productivity in the future, modular construction Sydney will need to progress even further.

HopMod will deliver you the best service possible if you are seeking a company that offers high-quality modular construction in Australia.

Giving our modular construction a chance might mean making an investment in your future, so send us a message and let’s get things started!